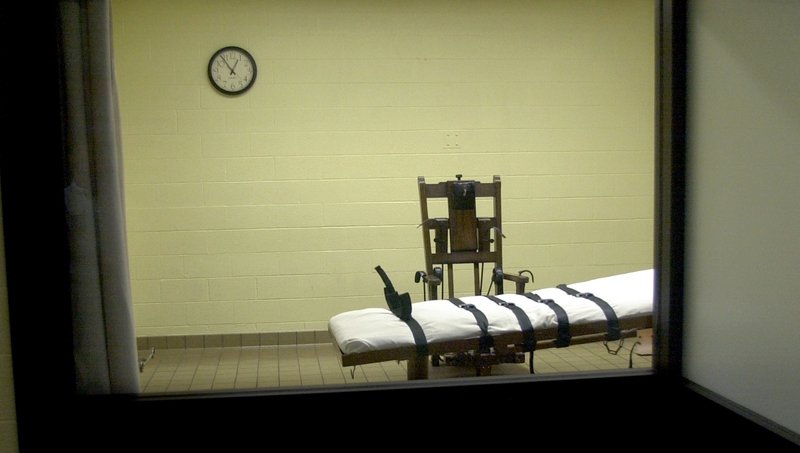 While Sierra Leone formally abolished the death penalty today, around 50 countries continue to use capital punishment.

Methods vary from beheading, electrocution and hanging to lethal injection and shooting, according to Amnesty International.

Here is a global overview:

More than 100 countries have formally abolished the death penalty for all crimes.

Nearly half of those are in Europe and Central Asia.

But some 144 countries have abolished either in law or practice, according to an Amnesty tally last year.

Three more countries have ended capital punishment this year: Kazakhstan, Malawi and Sierra Leone, where the president signed the law consigning it to history today.

Virginia became the 23rd American state to abolish the death penalty in March 2020, a decision which is highly symbolic because it is the first from the old Confederate south to do so. It also held the United States record for executions.

Three other states: California, Oregon, and Pennsylvania, have a moratorium on the death penalty, meaning they do not apply it although it remains on the statute books.

More than 30 African countries still have the death penalty on their statute books but just less than half of them have carried out executions in recent years.

In 2020 no executions were recorded in Bahrain, Belarus, Japan, Pakistan and Sudan, countries which in 2019 had carried out capital sentences.

Gambia, Malaysia, Russia and Tajikistan maintained their moratoriums on executions.

At least 483 people were executed last year in 18 countries, according to Amnesty.

That represents a drop of 26% compared to 2019 when there were 657 executions, confirming a downward trend since 2015.

The figure does not however include the “thousands” of executions believed to have been carried out in China, which keeps such data secret, but also in North Korea and Vietnam.

The decrease in the total number of executions carried out around the world is mainly down to two Middle Eastern countries: Saudi Arabia where the number fell by 85% and Iraq where they fell by more than half.

In Saudi Arabia, which carried out 184 executions in 2019, the decrease is partly due to a moratorium on the penalty of those convicted of drugs trafficking.

After a break of several years, India, Oman and Qatar resumed executions. In sub-Saharan Africa executions fell by 36%, going from 25 in 2019 to 16 last year. However in Egypt they have tripled to reach a total unseen since a peak in 2013 of 109.

For the 12th consecutive year, the US was the only country on the American continent to execute prisoners, putting 17 people to death – five fewer than in 2019.

The US Supreme Court in July 2020 authorised the resumption of federal executions after a break of 17 years.

But the number of death sentences doled out there dropped from 35 to 18.

This drop is partly due to the pandemic which hindered the justice systems around the world.

How Much Pressure Does the Pressure Washer Handle